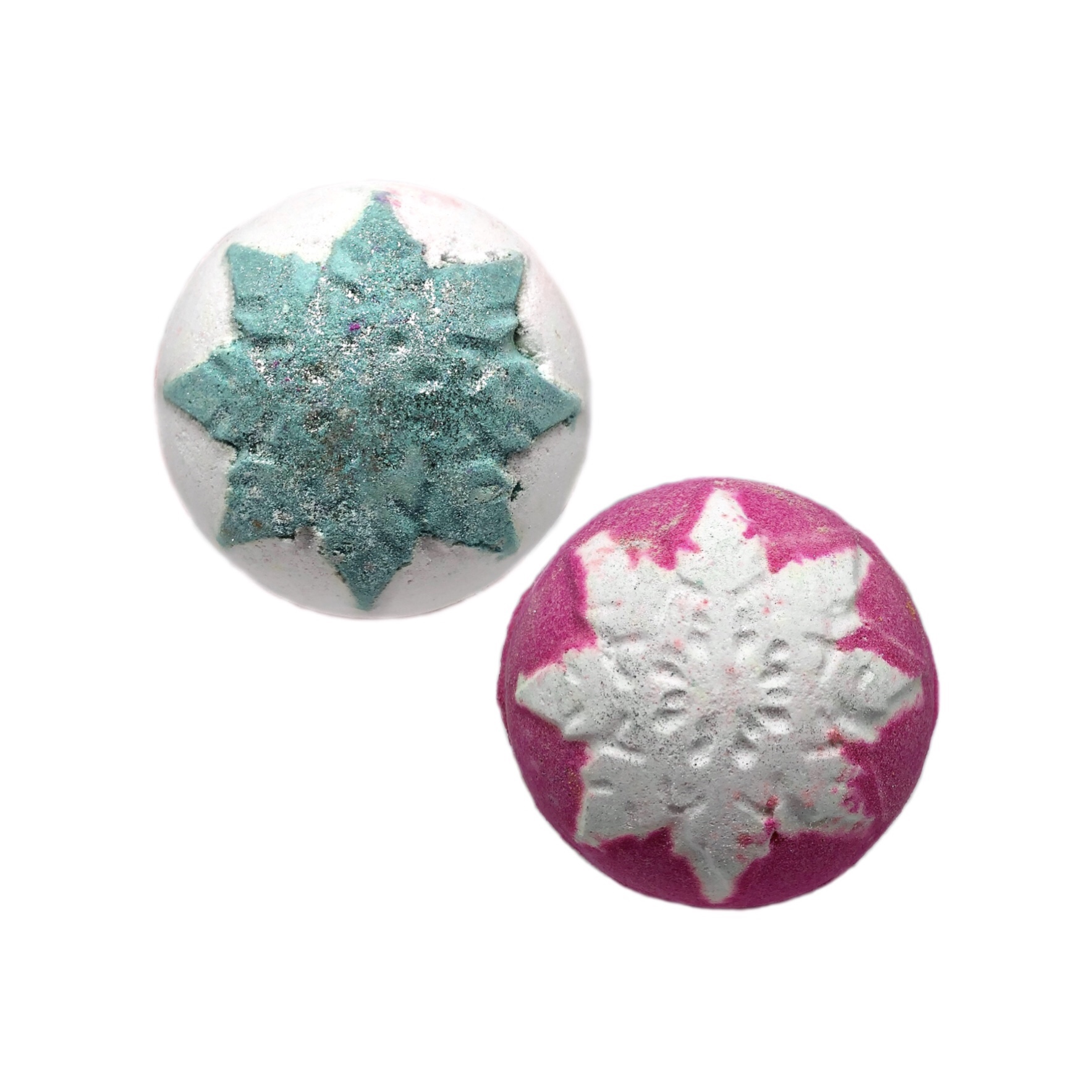 The Snow Fairy Bath Bomb was first released as a limited edition Christmas product back in the Winter of 2019.

With the Snow Fairy scent being so popular and featuring in copious amounts of products year-in-year-out, I wasn’t at all surprised to see that the Snow Fairy bath bomb had made a return in the Winter 2020 line. 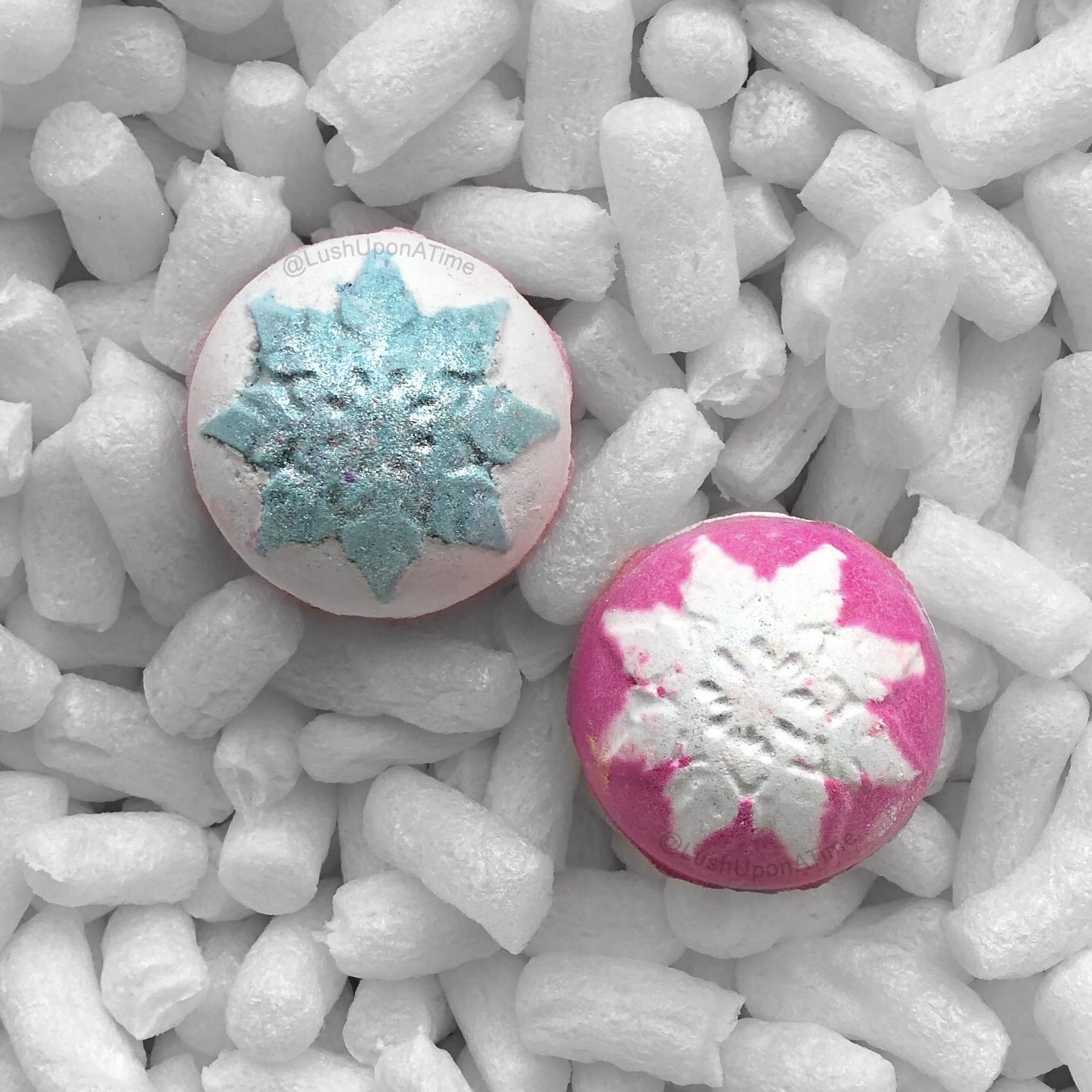 As shown in the photograph above, the Snow Fairy bath bomb has 2 sides, each has a different variation of the same shaped and sized snowflake. 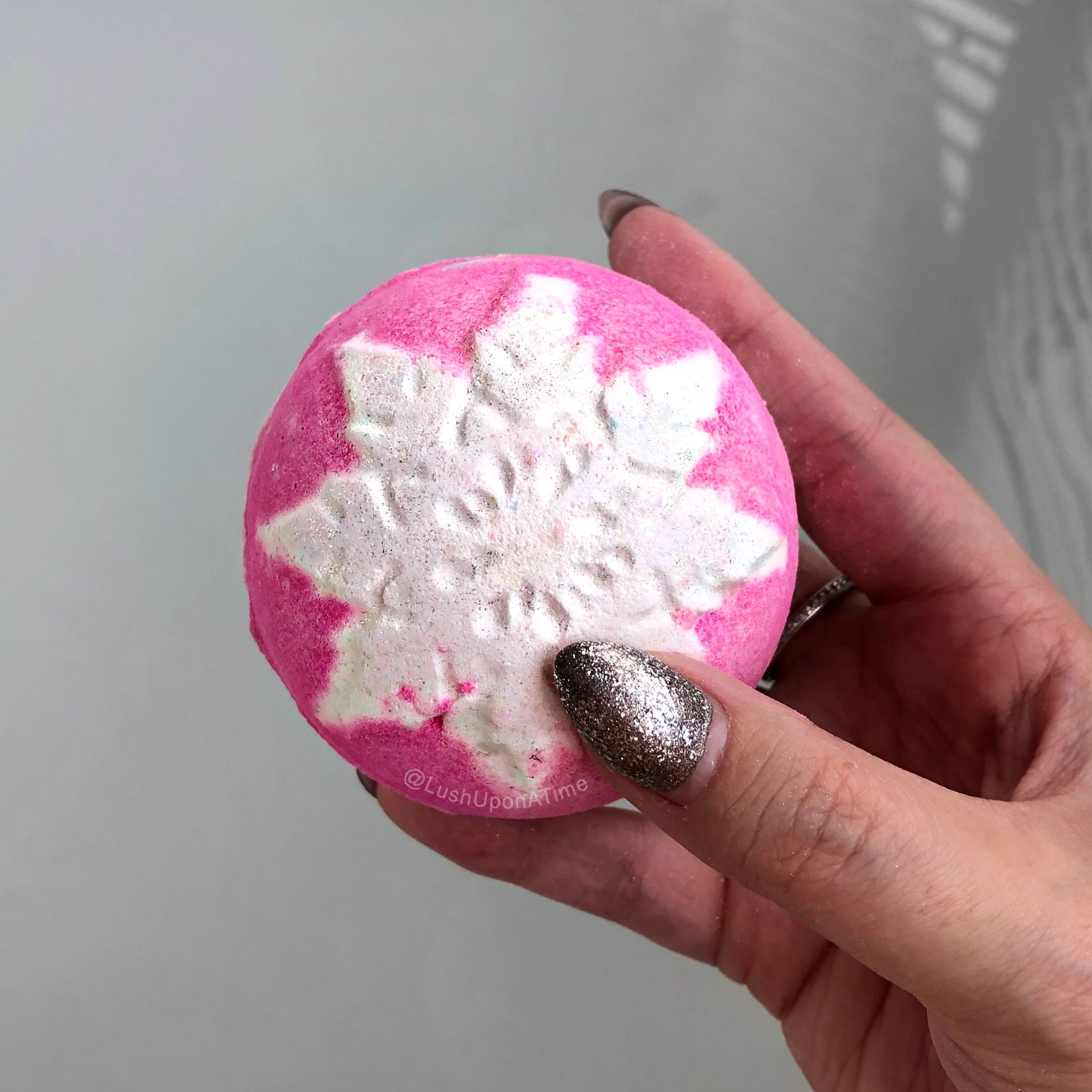 After Lush decided to retire their jelly bombs, the Snow Fairy bath bomb was created to fill the void that the discontinued Snow Fairy jelly bomb created.

I didn’t dislike the Snow Fairy jelly bomb but I have to say I much prefer this bath bomb version. I like that it’s a stereotypical standard bath bomb, plain and uncomplicated. 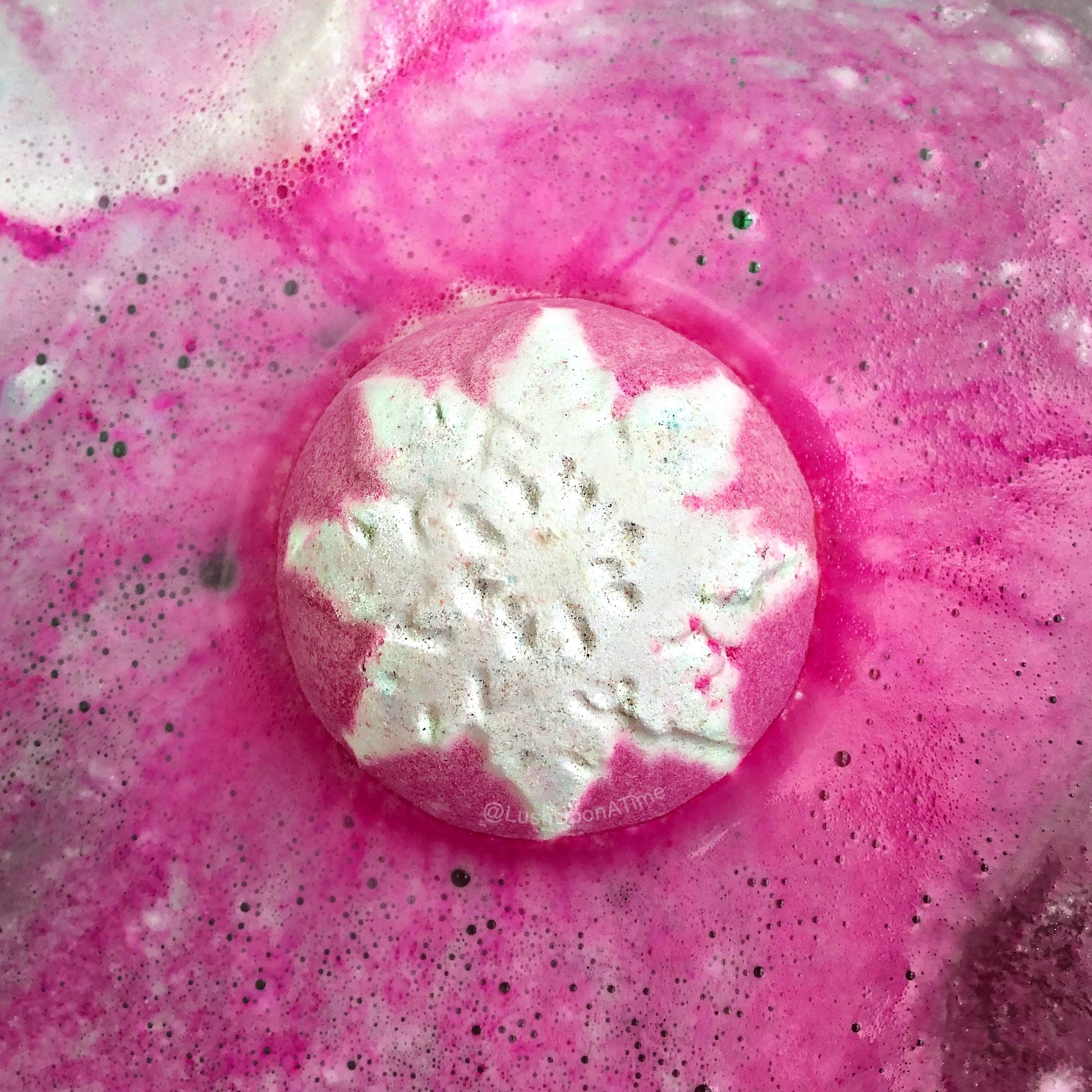 I don’t always favour the super-sweet-scented Lush products however with the Snow Fairy scent featuring heavily in so many of Lush’s products, it’s almost impossible to avoid, especially in the Winter.

Over the years I have warmed to the scent, the fact that all-things-Snow-Fairy are bright pink (my favourite colour) really helped me warm to the fragrance too. 😉

Immediately after the Snow Fairy bath bomb is placed in the water, you are greeted with a hot pink explosion of fizzing bubbles.

It slowly starts to spin, dancing around the bath creating beautiful bright pink and white patterns on the surface of the water.

It is a fairly slow fizzer, giving you plenty of time to admire the bath art it creates.

Once the Snow Fairy bath bomb is fully dissolved you are left with silky-smooth, hot-pink water decorated with a plastic-free shimmer.

A good soak in a Snow Fairy bath doesn’t dry out my skin at all. I wouldn’t however describe it as hugely moisturising, if you enjoy the scent I recommend that you use the Snow Fairy body conditioner with it too.

This way you don’t mask the Snow Fairy scent with something completely different AND your skin gets an extra bit of added hydration. 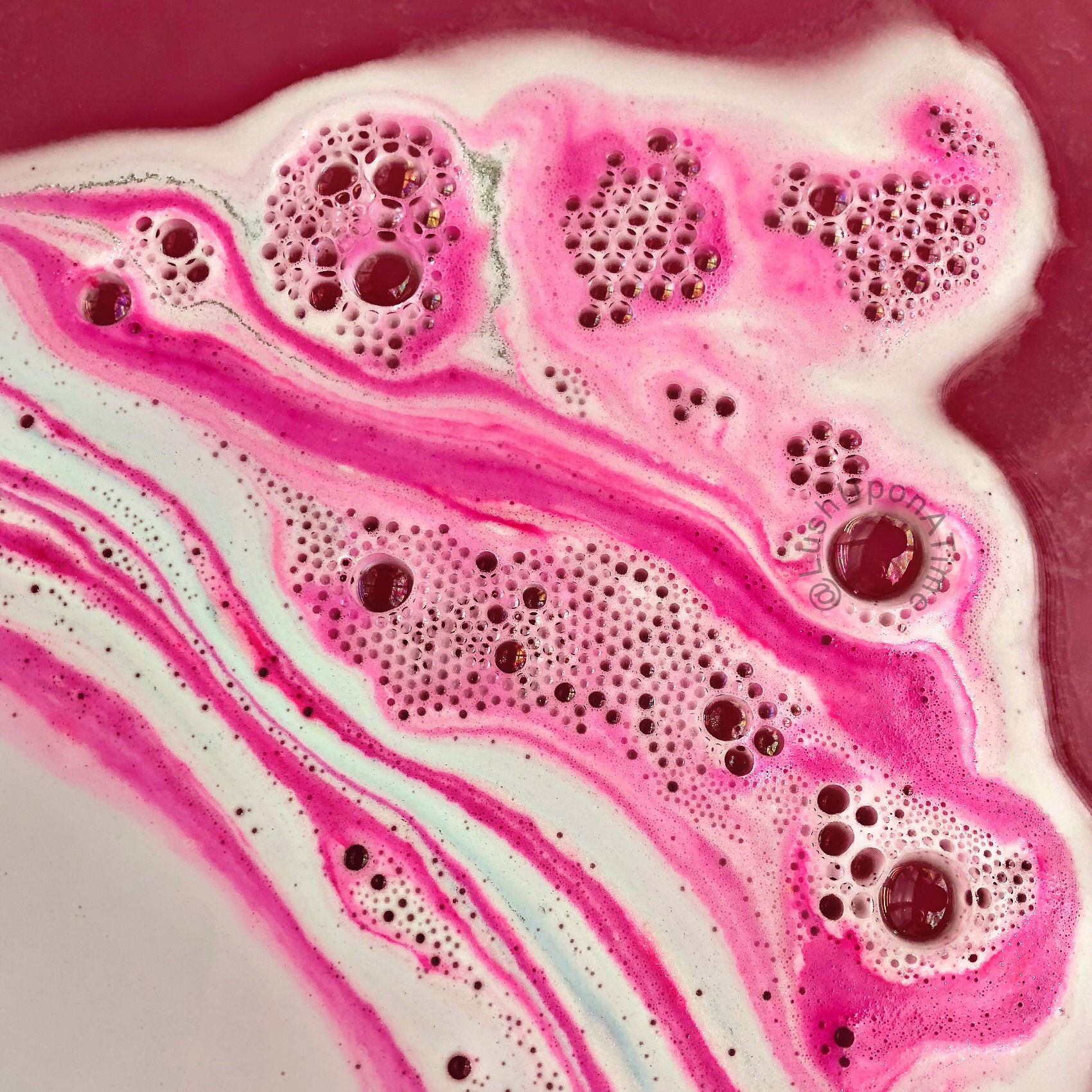 Once out of the bath the Snow Fairy scent remains on your skin but is a lot less intense.

If you’re after bath art, the Snow Fairy bath bomb would be a good choice to go for. My photos in this review do the bath bomb no justice at all. I had several other photos I could have added to the review but I think the 7 in this post are more than enough to include in just one review!

Overall I really do like the Snow Fairy bath bomb and suspect that it will be released in Lush’s Christmas line every year for years to come.