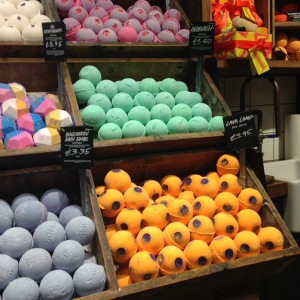 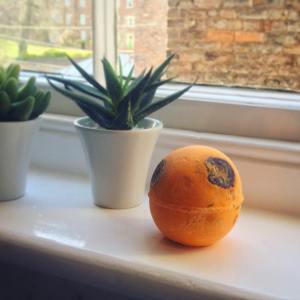 LUSH BUBBLE BAR HAUL! 😍 I feel like I’ve waited 10 years for the UK to get these, finally!!! 👏
I’m so impressed with the Avocado Ice cream fresh face mask, my full review will be published soon! 🥑✨🍦💚
Decided to use the Aloe Bamboo Roll Facial Wash Scrub today, the name doesn’t exactly roll of the tongue does it? 😆
Decided to get April’s @Lush Fresh Subscription Box as I’ve been desperate to try the Cucumber Eye Pads and the Avocado Ice Cream Fresh Face Mask.
Flamingo Egg Bath Bomb! 🦩🍳💕
The pink and blue, Flamingo Egg Bath Bomb! 🦩🍳💕
Flamingo Egg Bath Bomb 🦩🍳💕
Throwback shower gel and cream shot from 1st April 2018 👀🌈✨ anyone else missing seasonal shower gels this year? 🥺
Cheeky haul of some oldies and some goodies from 2021’s Mother’s Day line. 😍 I am slowly updating my blogs photos so it only felt right to relive some of my old favourites! 🛁💖✨
The Singing Daffodil Bubble Blower ✨ I was just going to upload a photo with the pipe cleaners on a green background (2nd photo) but it looked boring so I decided to add a grass background just for Instagram 😏💚
Forget about follow the White Rabbit, follow the RAINBOW! 👌🐰🌈✨🛁
Follow the White Rabbit bath bomb is perfection👌🐰🌈✨🛁
I’ve been looking forward to using the new Follow the White Rabbit bath bomb, I have managed to restrain myself up until now! Get ready for an explosion of colours!!! 😏🌈✨🛁
The ‘cream’ in the Violet Cream Bubble Bar 😍💜👌
I’m obsessed with the Violet Cream Bubble Bar 😍💜
Mother of Pearl doesn’t create any bath art, it’s white through out and makes your bath water all milky.
Mother of Pearl Bath Bomb 🛁🤍✨
Really enjoyed using the Mother of Pearl Bath Bomb 👌 Sometimes less is more! 👑🛁🤍✨
Have seen several people post about March 2021’s @lushkitchen subscription box so I’m assuming it’s safe to share now ( Box 10) ✨📦💜
My photos of the Rose Gold Bath Bomb in action do not do it any justice at all. I’ll have full reviews up on the blog ASAP! ✨🌸✨