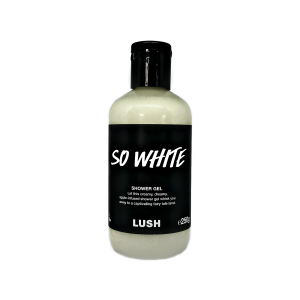 The So White scent is by far one of my favourite fragrances from Lush’s winter line. There aren’t many products that have its scent but the ones that do are all more than perfect in my eyes.

The So White scent reminds me of fresh, crisp apples. I love how refreshing it is, it always lifts me from a bad mood. It fills my bathroom with the most beautiful and fairytale-like scent, every time I use it I always find myself thinking of  the scene in Snow White where the Evil Queen gives Snow a cursed apple…

The So White Shower Gel which I will be reviewing today is probably one of my favourite products from the So White scent family.

The shower gel’s consistency is quite runny, I always recommend giving it a good shake before using it. Once it has been shaken it works beautifully. A little of the shower gel goes a very long way, I love it as a shower gel, it lathers up really quickly and brightens, cleanses and hydrates my skin into tip-top condition.

I actually even use it as shampoo too. They say not to use shower gels on your hair very often as obviously it’s not shampoo, I however sometimes use So White shower gel in my hair because I love the scent so much. It is actually very good on my fine hair. It is such a light formula and the scent stays in my hair right up until I wash it again. 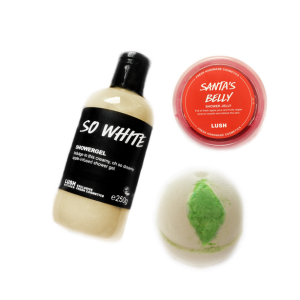 Overall I love the So White shower gel, I think maybe it could be improved ever so slightly if they maybe turned it into a shower cream, much like they did this year (2016) with the Prince Charming and Yummy Mummy shower creams.

There’s just something about shower creams that feel that little bit more luxurious than a shower gel.

By all means I love it as a shower gel, my inner Lushie however very much desires to try the So White scent in other formats as I know they’d all be products to die for!