The Slammer Shower Gel is an old Lush favourite that the subscribers of the Lush Kitchen box were reintroduced to when it made an appearance several boxes ago. When the Lush Kitchen did weekly menus between 2014 and 2017 the Slammer shower gel was frequently featured so I was very pleased to see that it was back and had finally earned a place in one of the new-style-Lush-Kitchen monthly subscription boxes!

Slammer shower gel is full of energy boosting ingredients, it is the perfect shower gel to use in the morning to help fuel an early-morning start AND (although I don’t drink alcohol so cannot say this from personal experience) it is also said to be really good to use when you’ve got a dreaded hangover. 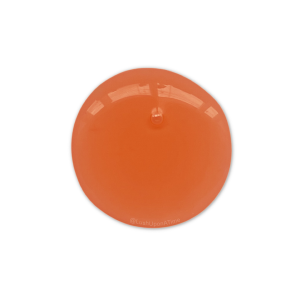 Slammer has a long list of ingredients; Lime peel, ginger root infusion, fresh sea water straight from Poole, fresh lime juice and lime and lemon oils. The old version of Slammer shower gel did have honey in but this most recent release was 100% vegan which I know caused a lot of excitement within the Lush Community.

The Slammer shower gels scent is refreshing and bright, the lime and lemon in it make it incredibly zingy, it also has a slightly spicy bite thanks to the ginger root infusion. It smells delicious, almost good enough to eat but please don’t eat it, as tempting as it is!

Consistency wise it’s ever-so-slightly runny but not so bad that you accidently lose most of it trying to put it in your hands ready to lather. A little amount of it goes a very long way and it lathers up easily – my husband really likes to use it after work (instead of first thing in the morning) he has quite a physically demanding job and can get really dirty, he says Slammer lifts off anything stubborn left on his skin easy-peasy, he says it is much better than any other Lush shower gel. A bold statement indeed!

The scent really comes alive when used in the shower too, the heat of the water and the steam really intensifies it, its scent fills your bathroom and it stays on your skin for the best part of the rest of the day.

I have really missed the Slammer shower gel, it not only smells good but also leaves your skin positively glowing. This shower gel really needs to come back as a staple store product, even if just for a season!